The Sincpac C3D™ Software for AutoCAD® Civil 3D® was designed and created by actual users of Civil 3D - people attempting to use Civil 3D "in the trenches". As such, it addresses many of the real-world weaknesses of Civil 3D, and adds more than 200 new commands and features to Civil 3D 2008 and above.

All utilities are entirely designed inside of Civil 3D, extending and enhancing the built-in Civil 3D functionality, and using default Civil 3D entities.  The Sincpac C3D creates no custom entities in your drawings, and your drawings may be shared freely with those who do not have the Sincpac C3D.

Since Civil 3D itself is stronger for Engineers than for Surveyors, the Sincpac C3D features many commands that are geared specifically toward Surveyors.  But it also contains many features that any user of Civil 3D will find welcome.  If you already thought Civil 3D was powerful, just wait until you turbo-charge it with the Sincpac C3D!

Not Another Linework Generator... 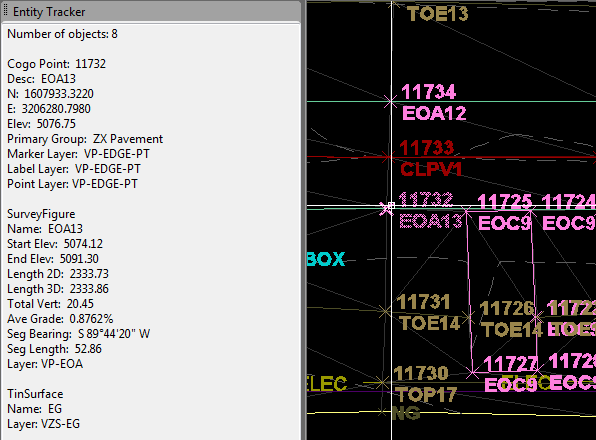 While the Sincpac C3D does include the handy PtConnect command for connecting Cogo Points, it is not intended to be a field-to-finish solution.  There are enough offerings for that, including the new linework features introduced in Civil 3D 2010, and we assume you have that part of your task covered.  Likewise, it is not another file format converter, or piece of traverse adjustment software.  Again, those areas are well-covered by other sources.

Instead, the Sincpac C3D contains a large number of tools that come in handy for any user of Civil 3D.  Many people have said that they have grown to think of the Sincpac C3D as the "Express Tools for Civil 3D", because of the way it enhances so many basic tasks. However, there are many other tools, such as the Dynamic Reporting tools, which can be found nowhere else.

The Sincpac C3D features dialog boxes with pop-up help that explain most of what you need to know, so you can start using most Sincpac C3D features without even reading the help file.  However, complete help is also included, and most commands also feature context-sensitive help that can be activated by hitting the F1 key on your keyboard.  You can review the complete help file on-line to see in detail what commands are available in the Sincpac C3D.  Additionally, the revision history of the Sincpac C3D may be found in the change log.

Here's a brief synopsis of just a few of the tools available:

A routine for creating Alignments and Profiles from Surfaces makes it a breeze to get Profiles that follow existing ground surfaces without having a ton of PVIs.  This little gem can more than pay for the Sincpac C3D, just by itself.  Never has it been easier to calc up a waterline.  And got a situation where you don't really want to use StakeFeatures to set a bunch of offset points for a Feature Line?  Then go ahead and turn that Feature Line into an Alignment and Profile that you can dump straight into your data collector.

And believe it or not, this is still just the beginning!  The Sincpac C3D is undergoing constant revisions and improvements, and there are many more new features planned, so new versions will be released on a regular basis.  (The latest changes are added to the change log.) 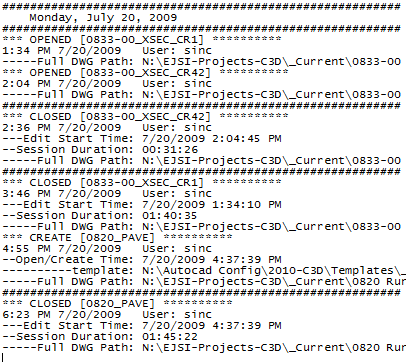 The Sincpac C3D is available now from our secure web store for $350 for the complete Sincpac C3D, which includes a license for the 2008 through 2023 versions of the Sincpac C3D.  Individual modules cost $175, while two modules are $285 (both modules must be run on the same computer for the discounted price). There are also discounts for multiple seats, as detailed on our full price list (also see the Product Matrix for a list of features available in each module).  If you require a larger number of licenses, contact us for details about even greater discounts.